More on this site

The week that the World Health Organization announced that COVID was a pandemic, my husband started night sweating again. Night sweats are a symptom of his cancer, lymphoma, returning— it’s not a perfect indicator, but they historically correlate like clockwork to when the disease has spread in his body. As we reviewed the high-risk groups for complications of COVID, I saw “people over 70” on the list. That’s when my mom called to say that my stepdad, over 70 and a medical professional, was set to work the frontlines of care in San Francisco.

I can’t remember if I physically curled up into a ball or if I just felt like I did. I had been watching the John Hopkins dashboard rise for weeks, the charts didn’t just show statistics, they revealed the threat posed to everyone I loved.

When the doctors finally did confirm that Dizzy was relapsing, thankfully I had already processed this a bit and could instead concentrate on supporting him. Ever the optimist, Dizzy had felt that my worries were unfounded. Keep in mind, his optimism while dealing with a disease like his is a feature, not a bug. We’ve long suspected that he’s been able to recover from intensive chemo sessions and other treatments because he’s such a sweet and positive person.

Even with that cognitive head start, nothing really prepared me for the eventual realization that if anything ever happened to Dizzy I would lose my stepchildren too. They mean the world to me — they are the sweetest, funniest, most loveable kids in the world and I’m sure I’m not biased. 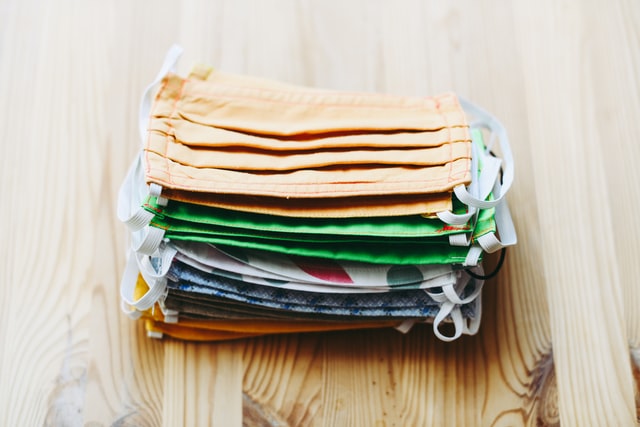 Photo by Vera Davidova on Unsplash

To Mask or Not to Mask

What happened next was incredibly anxiety and anger-producing. The kids mom who we co-parent with doesn’t believe COVID is real, and doesn’t believe in masks. She taught them that COVID is a hoax, that wearing masks was impinging on their freedom, and that we were giving in to fear by trying to protect Dizzy or anyone else.

Up until then when we talked about Dizzy being sick, we said just that- that he was sick and we have to fight it and they can use their masks to protect him, like a superhero wears a mask. We had not previously named his sickness to them as cancer as we didn’t want to scare them.

We both spent a lot of energy trying to understand what to do here. On the one hand, his very life was at stake. On the other, children feeling like they’re caught between two parents giving them completely different information about the world around them can be pretty detrimental to their well-being. On the third hand (...I guess that would be a foot?), beyond even COVID, really diving in and explaining the dangers of his cancer is a lot for a tiny, developing human brain to carry.

We sought council in therapy (my own therapist deserves some sort of medal of honor for the amount she taught me this year), friends, and each other.

One of my best friends gave me great advice and the tough love I needed: “I know you’re trying to protect them. But consider that if you don’t tell them the whole story and something does happen to their dad, that situation is much worse and they will wish you both would have been more clear with them.” My therapist said, “Fear, as an emotion, has a purpose. We are taught to dislike fear and shield ourselves from it. But that same fear is a biological response that helps keep us safe. I think it’s great that both of you don’t want your children to feel fear. But in this case, it’s a very useful emotion. You can tell them the truth and then help them get through it. For example: ‘I know this is scary. And I need you to understand it. How can I help comfort you in this moment while you process it.’”

I won't go into too much detail here, but we did eventually have to convey the gravity of the situation, and it was incredibly hard for all of us.

Our story isn’t unique. This year has been hard on everyone. But it feels meaningful to me to share the story of this year in its entirety, because well, the strangest and most comforting thing about a worldwide phenomenon is we’re all going through it together. We, none of us, are alone.

This year has not been all bad. We’ve been traveling and going out less, which means we’ve created some new traditions in our family.

We got a karaoke microphone and little globe light that shoots stars everywhere, and did dance parties every night with the kids, jumping on a bed, for a while. We played epic hide and go seek games! Everyone else leveled up at Fortnite and Minecraft while I coded (predictably). We started making crepes on Saturday mornings. We got pretty good at it! Until I spilled batter everywhere and made several batches that tasted alternatively runny and like cardboard. We called the mistake “stovepancake” and ate waffles instead.

I wrote 25 posts this year, my favorite of which are:

We published the new Vue documentation, which I had the honor of working closely on with Ben Hong, Natalia Tepluhina, and Phan An. The major rewrites I worked on significantly were to the reactivity and animation sections (I even used some animated explainers to walk through reactivity!). I was also in a documentary about Vue by Honeypot! That was fun.

I did two Frontend Masters courses this year, one was a refresh of my existing Intro to Vue course, updated for Vue 3. The other was a brand new course called Building Applications with Vue and Nuxt. I livecoded for 8 hours straight! What a wild ride. It certainly was an experiment that grew me and I had a great time with it- I built a game as well as a takeout application :). Marc and the Frontend Masters team put a lot of care into making the recording experience smooth and safe. Thank you!

I spent the most time on my team at Netlify which are some of the brightest people I’ve ever had the opportunity to work with. Our org is quite unique, and I have a writeup coming out all about Developer Experience at Netlify in the new year!

A couple of things I personally worked on that saw the light of day this year were the Million Devs project (I captured some of the process here), and Jamstack Explorers. However, I am a VP now, and manage an org so I spend most of my time and energy at work unblocking others.

There have been a lot of posts lately about how it’s a bit silly to align any part of your identity to your job, and I get that. But I will say, I spend a lot of my time with the people I work with and they have really helped me get through this year. Together we build products we believe in, support each other, and make sure to tease each other mercilessly. They made this year not just bearable but enjoyable.

The hardest things I learned this year have not been about development. I learned how to create better boundaries. This has always been a weakness of mine. I am the kind of person who says yes to everything and any goofy idea that comes into my head, so I had to spend a lot of time unpacking that my time is finite as well as my energy, and that where a person spends their time should ideally align with their values.

This is increasingly challenging as tech asks for more and more from me. The old saying goes, 'work expands so as to fill the time available.' There’s a certain unhealthy expectation in tech that people be on call for you at any time, in any manner, for free. I think it’s related to Open Source (which I love), but I’m not quite sure. The thing is, I can’t even see everything anymore- I can’t scroll back and see notifications on twitter past 8 hours. Email is overwhelming. Same with github notifications. This year I really had to come to grips that I can’t do everything, and have to instead prioritize my time better. Don't get me wrong, I still work a lot and pull shifts I would not necessarily recommend to others, so I don't have this all figured out. All I can say is, I'm working on it.

Work expands so as to fill the time available...

I used to feel incredibly guilty about saying no to anything. Ultimately, it didn't serve me well, as I started working from the moment I woke up to the moment I went to sleep, without any energy left for myself or my family and friends. I knew something had to give, and I had to be more purposeful. I’m not sure if that sounds callous or not- it was only a couple of years ago that I would have given anything to have people care enough in my projects to write me or file an issue!

I’m now in a situation where I have to acknowledge that in order to stay healthy and support my family, I do have to align my time investment with my own values. I appreciate the support the community has given me here.

With a Little Help From My Friends

Tech aside, there are some very special people who have really made a difference this year. The list is too big to name each one, but I feel brighter, stronger and supported due to each and every one of you. Which really does show me that we get through these things by leaning on one another both ways, which is the ingredients for an embrace, if you think about it. 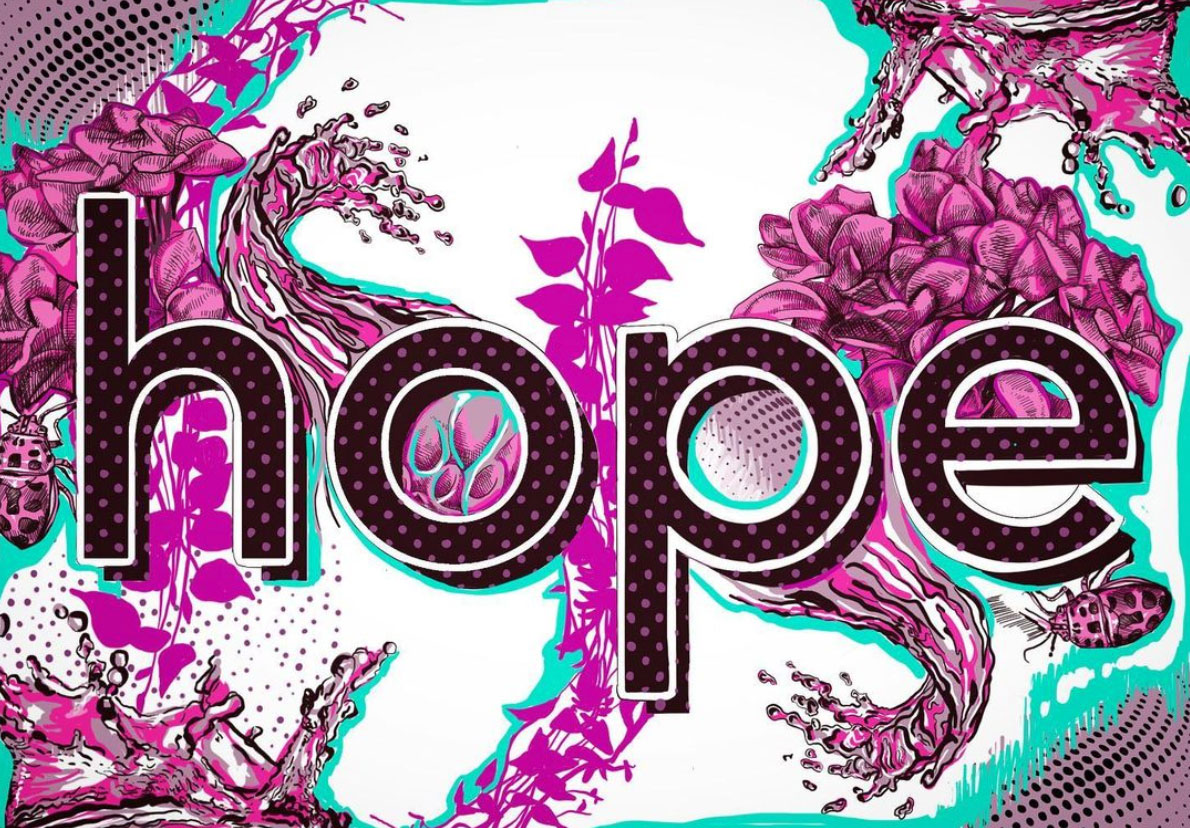 Drawing I did this year of the word Hope

I have no promises that next year will bring with it more clarity, but I have hope. And I hope it goes better for you, too.